Once upon a time there was a Mum, a Mum who had a day of cleaning ahead. It was not her favourite. In fact it was her least favourite thing comparable with inserting spoons into her nostrils, smallest to biggest. Today’s task was to clean the kid’s room before a family of animals took residence and she wouldn’t be able to find them under the mountains of brightly coloured, noisy and downright creepy when they batteries were going toys. No matter how many times the kids tidied them away they reappeared like a miniature plastic army. Left, right lefting their way across the carpet and into the sole of someone’s foot.

She set about putting things in their rightful places, games back in boxes, reuniting Elsa with her left leg, removing Mario from the arse of a particularly ferocious looking dinosaur, the usual. When suddenly something caught her eye. She swiped that annoying frizzy bit of hair out of her eyes and peered at it. Then mumbled what on Earth?! under her breath. Yeah, yeah, I know you’ve been here before and know full well she wouldn’t say that she would say something far more fruity but this is my story, my rules. She couldn’t quite make out what it was so she inched closer to get a proper look.

There, on the wall was a message:

She took a shifty look over her shoulder. Was this meant for her? Did somebody know about that time she ate her kids Christmas chocolate and fibbed that it had gone out of date by the 29th Dec? Shit, she knew it would come back to haunt her but she sort of expected it to be more related to upsizing her knickers than messages from the other side. For a moment she got excited and wondered if Rose and the Dr would pop up from behind the bookshelf, then rolled her eyes and giggled at the thought. The TARDIS would get nicked within 3 seconds of being parked around here. There’s no way they’d chance it.

Maybe it really was a message from beyond the grave? Maybe Nan had worked out that she had lied about taking the last M&S chocolate teacake back in 1996 and just couldn’t let it lie without knowing the real truth. Nah, Nan wasn’t totally immune to a white lie or two, she was forever blaming her sneaky parps on her ‘creaky slippers’. It couldn’t be her.

Could it be her other half? Annoyed that last night instead of playing the I don’t know, what do you fancy? game for tea last night she’d actually chosen something and stuck to it like it or lump it. Ok so maybe beans on toast wasn’t the most tonsil thrilling thing in the world but it filled a hole. And the smell certainly filled the room later on so it wasn’t as if he hadn’t already got his revenge. ‘Hmm, no. It wasn’t him then’ she mused.

Ok so that just left the kids. Hey! Maybe the eldest was in fact telling her she was bad as in good and she was the coolest Mum ever and… no. No that’s just bloody stupid. He wouldn’t think that and even if he did he’d hardly leave hard evidence around for her to screenshot and Insta story. Must be the little’s then she concluded but why?

Oh crap, they must have worked out that the chicken I gave them for tea the other day was actually pork. Was it awful enough for this graffiti though? They must have felt scandalised after watching Babe and decided I needed taking down. Seems a bit drastic though. They usually just call me a poo head and strop off out of the room to watch some squeaky voiced YouTuber or other.

She mulled it over for the rest of the day until the school run rolled round again. When they arrived home she broached the subject. “Erm kids, have I upset you?” The kids looked incredulous and asked why. Off they trotted up the stairs behind her. Staying at least a step behind for fear of getting literally butted down the stairs until she got to their room and pointed at the offending word.

A small voice piped up “I was practising my spellings Mummy and put it there to remind me. But then it wouldn’t go away. I rubbed it with wet toilet paper though, so it’s ok.”

‘That little shit.’ She thought. 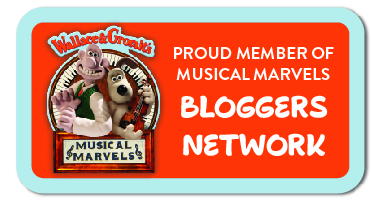